A thought for my Birthday 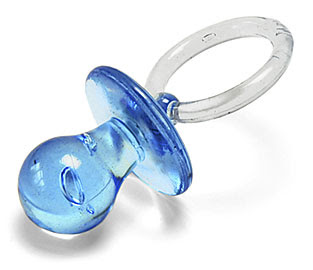 You know the older we get the deeper we become when it comes to thinking about many mundane realities in life and suddenly these events suddenly do not seem so average anymore after taking on a different hue because of how we analyze and rethink about them in so many ways. Perspective is key word when we analyze happenings. We have to assume a third person persona to be able to be objective in examining, cross-examining and making our conclusions about everyday realities.
For example just after a certain provocative event earlier during the month I have come to realize that when a man gives me head it is absolutely one of the greatest gift he can give me!
Why do I say this?
For a man to lay down his ego, and men HAVE EGOS, by going down on a woman or another man if we have to widen the scope, this act of submission becomes a thing of beauty - worth dying for, poetic, artistic and oh so beautiful! I do want to define the boundaries of submission though, and I respect the people who adhere to this, by reclassifying people who enjoy being submissive as an art form and people who chose to be submissive at just that rare moment in time for their partner. It is so gratifying to see a man go down on me because their willingness to lay down their egos and go beyond the box which they have cloistered themselves around during their periods of normalcy is so valuable and highly appreciable and I consider it such an honor to be the recipient of a very submissive act.
Sigmund Freud always thought that adult men at some point in their lives always chose to return to their comfort zones whenever they are taken out of it by pleasing their oral faculties first. He explains that this started eons ago in a man's life that during infancy when he would feel uncomfortable and he screamed and cried and had no power over appeasing himself except through the sensitivity and the actions of a Higher One- his parent, His mum would stick his mouth with a milk bottle or had him suckle her nipples to appease him quickly. This was one of the very first acts of being pacified, being given comfort. And later on in infantile life with the power of movement, he would appease himself by sticking a toy, a stick - almost anything in his mouth to feel happy or comforted!
When men become adults and powerful individuals in comparison to the helplessness of infancy, they have the power to remove themselves out of an uncomfortable situation. They are more in control now. This power THOUGH still demonstrates regressing back to a similar-ish stage in their infancy - pleasing the mouth. Do you remember sticking a cigarette, candy, or a smallish food item instinctively into your mouth to ward off an uncomfortable feeling, stress or pressure?
I think this is also similar to what happens during oral sex! Making love or copulating with someone is a stressful situation albeit stress of another nature. But still the event is volcanic in nature, volatile and susceptible to uncontrollable urges, it might be beautiful or it might be destructive. Men lose control over themselves while in it and I think one of the best ways they pacify and relax is by giving head. It is also a stress-reliever for them - something akin to smoking a cigarette in a testosterone-filled, pressure chamber of a roomful of men in an executive meeting- can you imagine the sizes of the egos inside such a sanctum? This would be enough to make men -well, pick up a cigarette and puff furiously!!! hahahaha! This is also similar to the sexual act! Men adhering to the code of fellatio is almost Freudian! They are appeasing, pacifying themselves as adults now and more in control by giving head!!! And for me to be at the receiving end - ahhhhh pleasure!!! I tell you this is TRUE-ish...
I am not undermining though the possibility that a guy might actually also be enjoying the fact that he is giving me pleasure but nevertheless no matter which perspective I take on, if the very end to all these means is still the pleasure of both partners then I am for it! But the mere fact that he chose to celebrate, treat, partake, indulge, honor or mark as special this rare event of submitting himself to the act of fellatio is truly an art form that can only be replaced by few realities in our lifetimes! So enjoy yourself and make your man feel blessed too by letting him know it's so beautiful to watch him give head!
at October 18, 2010

mmmmmmm... I'll bet he enjoyed pleaseing you it as much as you enjoyed the experience.

Hi Salma
I think you are right about, people considering why and how things that they are interested in, happen the older they get. But It's also true for some who are younger as well, so maybe it depends on the person, at least as much as the age.
Examining oneself is difficult for most, because most have a very hard time being objective about themselves. In fact I think most people have a hard time being objective at all let alone about themselves.
As for the greatest give, well it would seem to me that the greatest gift that one can give another is love that lasts a lifetime. Sex can be good and even a gift, but I doubt one of the greatest. It doesn't last near as long as other things like acceptance, companionship, friendship, that hopefully also come with the sex.
Everyone has some sort of ego, not just men. True that the perception is that men have more of one than women, but that generality is not always true, women can have large egos' too. I don't think that it is limited to one gender.
Trying to please your partner isn't about submission. It's about trying to be sure that you both are having a good time and will want to do so again.
Being submissive is about doing what someone else wants you to do regardless if you want to do it or not it's more about who is in control, not what kind of sex you are having.Is that why you like it is because it seems that you are in control of someone else? Even if they are the one that did it on their own.
Are you analyzing the men that please you or yourself?

I want to agree with what you say but i am yet to experience it.. i do want to though. its something have always wanted to try & the way it makes me feel to think about it definitely leads me to believe you are right :) Lisa, you are a smart & sexy girl..