The rhythm and rhyme of my boudoir...

I am now on the cusp and UBER excited to launch my ultra private new blog which I am still in the process of naming..


I am thinking of calling it LE WINKLERGIRL EROTIQUE...(you can email suggestions: blogwinklergirl@hotmail.com and I would highly appreciate it!!!)


Basically written in a format of short stories where I sort of chronicle the deeper and darker mysteries of my profession. The sensual experiences I have had with the people I have experienced in the boudoir with of course the funny quirk that only yours truly can deliver. The emotional treks of Andalusian proportions I have had to go through dealing with the devious, the uncanny, the player and the slanderers...all of them MEN! 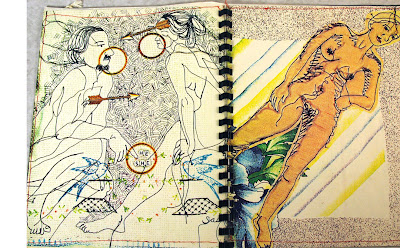 
I am awaiting word from my "special" mentor to give me the go signal. Otherwise if he finds faults in the writings I will have to keep them private and for the both of us to cherish....AND a few special people to let in...

figments of MYTh and FOLKLORE 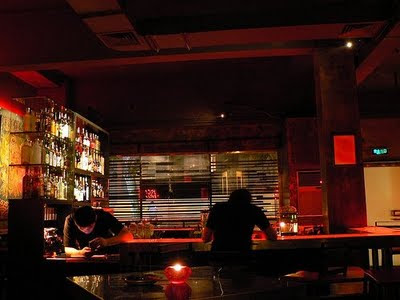 Partying has never been my thing but with the right friends who knows? I think it's a little fair to let go of oneself and lose the cerebral cells a little bit. After all everyone assumes I don't have a life whenever I travel, first because I travel without company and second, the assumption is I've given up going to the bathroom because of the parade of men wanting to see me...DUH! Believe me I have too much time on my hands that I can take the train to the ends of the country I work in and back to the four walls of my hotel, but not without phone calls or SMSes to take care of though. And I do have fun aside from shopping and coffee-ing. So there you are! Yes i do go clubbing and and getting tipsy and wasted! But not on Stella Artois anymore please....(To those who follow me too much!)
Some new-found friends I have, all of them gay, have opened a whole dimension to my Saturday night. I would choose gay over straight anyway as most straight "friends" I meet want to jump my bones and screw the hell out of me albeit in different levels of actuation. The gay pals seem to delight in bringing me to their favorite queer club. The club is a blast, there is hardly enough space to dance, there are many beautiful people and there is a Trojan war at the bar to get drinks which is why it's a great place! You need a good face and tits to elbow your way through the sea of people and catch the waiter or barman's attention hahahah!!! I won't mention the name of the club but I suppose if you want a free fuck look around the gay clubs in Tanjong Pagar where my inebriation might make me mistake you for a handsome tennis player after several rounds of rhum and cocktails! hahah I'm kiddinggggg... But seriously my tour has become so much fun because I am able to just forget work and let loose, dancing to familiar and unfamiliar tunes but most of them intended to unleash the diva in gay men. Now that is another thing i want to talk about.
The world is so unbelievably fucked up I think. When I look at many of the gay men in the club, they're the epitome of how every straight man wants to look like so he can have women throwing themselves at him. They're so well-dressed, delicious, funny, wild, and enviably well-scented that I seem to always want to bite their neck! But they won't have me, well at least the majority of them. Because they want something similar to them or ermmmm more manly. Straight men seem to be the caviar in the menu of gay men's sexual exploits. But they settle for other gay men who act as manly as straight people because they're sex-starved bitches who have to hide in different layers of closets in the light of day due to family, work and peer pressure. And probably their only valve for the Electra-complex boiling in their subconscious is copulation with straight-esque gay or STRAIGHT men.
But at the same time, straight men, the object of many gay men's wet dreams, will most likely have nothing to do with gay people because they love the feminine, the soft, and nubile form of women. And as per their curiosity anyway, they will of course naturally dig anything that resembles woman, ME! This part I do not know if it is innate in every man, the bisexuality part that is. Most bisexuals I know dig MEN and WOMEN, not the androgynous. But yes I hate arriving at this part again, the labels game.
I just want to illustrate that the sexual lives of people can be fucked up! HAHAHAHAHA
Gay men dig gay and straight men, they disdain women and feminine looking boys, STRAIGHT men desire women and what looks very feminine but disdain the rough hands of Steve, the humorous and euphemistic name for queer men! Feminine "girls" like me find GAY MEN to be the emblem of STRAIGHT MAN beauty and perfection and DESIRE them queer boys but at the same time appreciate the admiration given us by straight or bisexual men! Whew it's a Tower of Babel of labels and it's making my head swirl!!!
Because of this strange maelstrom in my head from thinking about this phenomena, my sexual tastes have evolved yet again. There is no relevance at all to what I was ranting earlier about but I will still conclude this entry anyway with something that I want to get off my chest.
I do still like and desire SKINNY, tall, Caucasian men generally but I now have a similar-ish inclination for well-proportioned, beautiful and skinny and tall-ish Asian boys. I did not really dig Chinese or Malaysian or Thai blokes before but by God, the strange abominable club, my queer friends have introduced me to, has opened my eyes to these beautiful creatures. Asian boys are the new mermaids in the my sexual landscape. Mermaids because they are elusive mentally - they don't baby me like the Western dudes do, they don't necessarily adhere to what I deem true and real, and they have a different mindset, they don't like equals, they compete too. I abhor myself for admitting this out in public but yeah! That's the that! LOLLLLLL
Love you all
Winklergirl
at October 04, 2011 1 comment: Links to this post