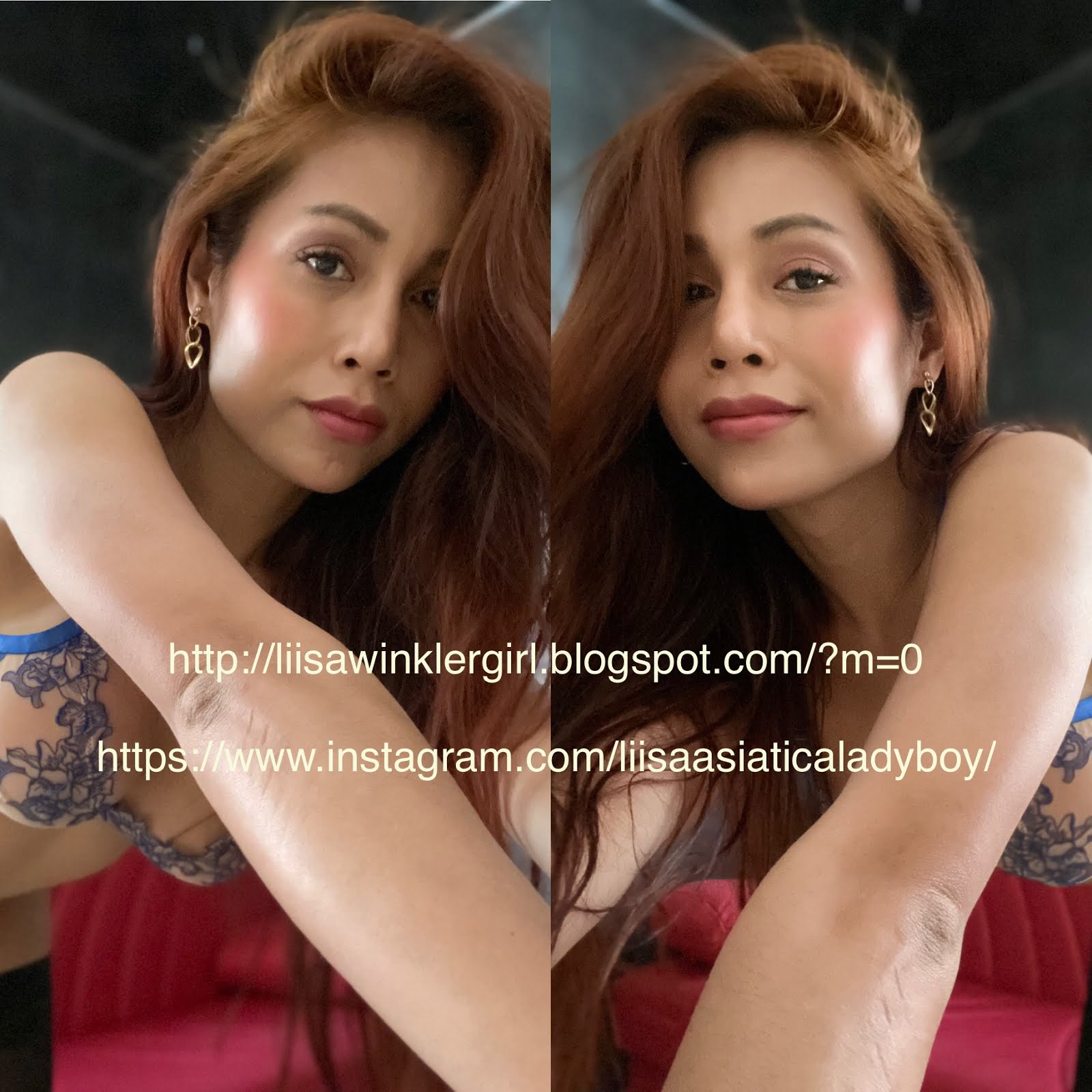 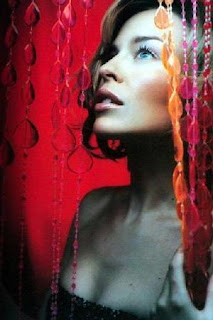 Thank you Perez Hilton for making the world hear this song!!! 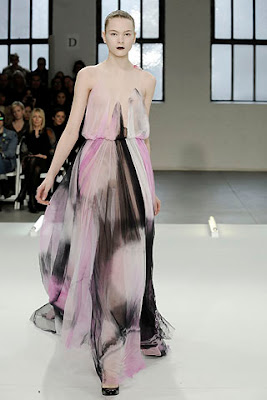 This frothy, filmy, light-as-silk, ethereal, gossamer-esque, sublimilicious floor length dress is the most beautiful thing I have ever beheld....
Thank you style.com and thank you to the designers of Rodarte....for giving me my dream dress....whether I get to wear something like that or not I do not mind putting it in the pedestal of my dreams....
at April 17, 2008 No comments: Links to this post

For the longest time I have loved Aidan Quinn's looks but I still have to explore his acting prowess eventhough he has been around for a long time...I only ever saw him in "The Assignment" and he was impressive in that movie but I would like to reserve my canonical praises until I watch many of his movies - the whole nine yards is possible...
That's not really an insurmountable problem as he has made many films and there should be a DVD or VHS tape lying around with his spectacular portrayals of a range of characters...
I love his eyes...he kinda has beautiful wide eyes like my husband's and I do know they share some characteristics in terms of origin etc....
Thank you http://www.movies.yahoo.com/ and http://members.tripod.com/~Rikkie_G/aidan.htm for the photos!!!

Miss Blair recently thanked me for putting her on my blog because it only increased her fuglularity.
Now she has MORE MEN watching her cheapalicious webcam AND wanking over her slurpiliciously naked body (SANS THE FACE LOL) and her misshapen phallushhhhh...and the DOLLARS are POURING into her Third World Bank Account...so she is HAPPY...
Thank God my altar has finally DONE you GOOD MISS BlAIR!!!
You're also welcome to send more photos...the VOMITTIER the Better hahahaha
HOWEVAAAAAAARRRRRRRRRRRR please MISS BLAIR...we HOPE you DO NOT MISUSE YOUR WANKER FUNDS to FUNNEL onto your DR*G ADDIC*&ON VICE!!!!!!!!
a reliable source tells us you are deep into sniff sniff sniff tsk tsk tsk...bad bad bad LOL
now let's increase your FAME-ishness more by posting more PHOTOS....to feed the ACCOUNT...
HEY you look like Snow White's STEPmomma...tsk tsk tsk...
you DID not TELL me you were part of the WITCH PROGENY huh? hahahahahahhaa

if not in this lifetime....

Sometimes don't you feel as if the world is too big you are inevitably bound to never meet a huge number of people in a single lifetime? Yet when you see someone on the street, in the train, in a brasserie, or on a river cruise you feel as if you have known that person for the longest time and if you are not destined to meet tomorrow, next week, next year or in the next ten years, you feel such a magnetism almost to the point where you feel you will most likely meet in the next lifetime? These are the polar extremes of the idea of interpersonal connection in my thought processes. While I understand the vastness and size of the world, so have I accepted the reality that the few people I experienced no matter how brief the moment, irregardless of how nano-secondish the encounter, if I do feel a certain cohesion of thoughts, even an interlocking of mere senses, I CAN embrace and nurture this bond and maintain that hope that someday in our tremblingly rapid future I will encounter that person again.
I have always felt that way when I encounter someone interesting or remotely bewitching to my senses. I may not have exchanged a breath, a word with the person but I feel that if we had known each other we might have been what? tennis clubsters? classmates? best friends? lovers? confidantes? It's a rather uncanny characteristic but something which I have possessed for the longest time now. I can somehow sense the connection or the possibility of it or yes for the sake of balance, the LACK of it. This is such an amazing part of me which sometimes does me no good. The simple reason is the person on the other side might choose to ignore the intensity of my reaching out. They might regard me as just another foolish oaf who is too sentimental and too idealistic to ever be seen as a normal thinking being. You know...that kind of dismissiveness which eats away at your enthusiasm and probably discourages you from pursuing what was there....
The most beautiful part about this certain quality I possess is at least if the response is present and if the bond is also recognized, I am almost most likely to dive in with all skill, motivations effort and time towards enriching the synergy (thank you george!). Believe me many times this has overwhelmed the person on the other side of the coin but many times they have met it with such positivity that it's just encouraged me to maintain this unique characteristic.
I know we may never meet in this life, we live in a monstrously immense Aquarium where we may never see the other side of the glass. But think about it! If we do meet and encounter each other by chance, wouldn't you be at least curious of the endless permutations our connection could end up? If I do not meet you in this lifetime and consequently we do not become anything special, perhaps the next will bring about a more intimate encounter? Oh to talk about another lifetime entails another blog entry hehe.....

(PS thank you to this site www.fishandaquaria.com/aquarium/ for your beautiful photos)

Turn on the volume of your speakers and let this wash over you!!!!

Her 17th number one and she is just three hits away from tying the Beatles' record of 20 number one hits!!!!

We did not know LINDA BLAIRWITCH checked out the beach too and she had to snatch some white fugler for a photoshot to make herself look good??? Awwwwwwwwwwwwwww poor thing hahaha!

LINDA we love you, you never fail to impress us by showing everyone the extent to which humanity can look that fugly!!!!

No no this not going to be another ordinary youtube song video entry hahaha!!!! You are dead wrong so read on...

When I watch love movies there seems to be an unmistakeable pattern among many of them. There always seems to be an inspirational movie or song which "burdens" the main character. From "Sleepless in Seattle" to "Must Love Dogs" to "A Lot like Love," this incongruous characteristic is present in all of these movies.

But why am I talking about this when I should be talking about one of the most poignant movie moments in my life which was why I wrote this entry? The clip never fails to leave me in tears when I watch it. And the character who delivers in this part of the script delivered really well!

There is a point in the closing scenes of "My Bestfriend's Wedding" (Julia Roberts as Julianne Potter, Dermot Mulroney as Michael O'Neal, Cameron Diaz as Kimberly Wallace) where Julianne makes her bridesmaid speech during Michael and Kimberly's wedding reception. The last words of her speech were:

"I didn't get you a gift. However, this is on loan. Until you two find your song..."

And then the band strikes up to play the song, "The Way You Look Tonight." And Julianne looks into Michael's eyes. And tears well from Michael's eyes as he stares at Julianne.....isn't it quite the tearjerker??????????

Now for you cinephiles, you do remember that earlier in the movie Michael sang this song to Julianne when they were on a nostalgic boat cruise. This had been their official bestfriend theme song for a long time and he had sung it as a gesture towards reminiscing their buddy days of late nights of partying and studying and all the stuff that best buds do....

The final words of Julianne's wonderful wishes to the husband and wife was one of the most significant moments of the movie because she finally let go of the battle of winning back Michael's love. Earlier in the film she had plotted, connived and ranted about trying to sweep her bestfriend off his feet because she finally realized that after so many years of friendship she really loved him. She could not accept that for so many years she was the woman of his life and all of a sudden she is ushered into Chicago for his wedding to a different lady. She knew she could not let this happen and that HER reality was she should be the one walking that aisle to say "I do" at the end of the ceremony. But she knew this was too late because when her this enlightenment came to her, he had given his heart to another woman, Kimberly.

The final speech was her white flag of acceptance to the immutability that Michael was totally head over heels with Kimberly and could only ever offer his friendship to her. There was only room for one woman in his heart and although he did love Julianne to bits it was only as his perennial bestfriend. She knew she had lost the fight but in the end we all know that the fight was really all about saying goodbye to her bestfriend and wishing him well on his wedding day and NOT snatching him away in some whirlwind romance heroistic plot. So she did win it, didn't she?

It may not have been a happy ending but in many ways it really was. This is one of those movies with unconventional endings and thats why I love it to bits and pieces. I have probably worn out watching over and over the pirated version of this fantastic movie but I do not really care because near the end of the film I know I would come upon that magical moment which is what this entry is all about and I know that tears will be inevitable. :)